10 Dec Tolerance and Other Virtues of Successful Communities

Posted at 00:31h in Communities by Mustafa Zahid 0 Comments

According to the Legatum Prosperity Index 2019, Denmark is the most prosperous country in the world. While behind Denmark; Norway, Switzerland, Sweden, and Finland are leading the list. How do they form successful communities? What traits and characteristics do these countries have? Let us discuss them in this article.

The code of life of the people makes a prevalent system. The ideas, beliefs, virtues, and characteristics of these people follow this system to form a community. Every community has its significant characteristics. These commonalities vary from society to society and can be both good and bad.

The measures taken by the governing bodies are directly associated with the formation of personalities of the people. Hence, they are the ones who make the system of a particular society. They impose the following virtues which help them in making successful communities.

Tolerance plays an important role in the effectiveness of society. There must be a sense of acceptance and understanding among the people. Similarly, they need to understand that each individual is born different and can be right in a different way.

The government also has a major role in maintaining a tolerant environment. It has to make a set of rules that provide security to its citizens. Consequently, everyone would be able to express themselves freely.

Moreover, this characteristic determines the peace and prosperity of a society. Let us take an example of New Zealand, which is the seventh most prosperous country in the list mentioned above. According to the website “The Telegraph”, it also stands at the third position in the list of most tolerant countries.

Therefore, it is not surprising to see New Zealand on the prosperity list.

Every human being is born free and equal. No one can live peacefully until given personal freedom. To spread peace in a community, it is the foremost duty of the government to provide freedom to its every citizen.

Some of the major types of freedom that are common among prosperous states are discussed below.

Freedom of Opinion and Expression

Each person should be allowed to express their opinions freely. It is a known fact that everyone has a different opinion about a particular thing. This is often exemplified as a coin having two sides.

Article 19 of the Universal Declaration of Human Rights states that “Everyone has the right to freedom of opinion and expression; this right includes freedom to hold opinions without interference and to seek, receive and impart information and ideas through any media and regardless of frontiers.”

This disparity often causes conflicts in a particular society. To diminish this conflict, a sense of tolerance is required from the governing bodies. As a result, citizens can criticize the government and express their feelings without the fear of retaliation or abduction.

Apart from authorities, this freedom is also needed on the individual level. No one should have the authority to suppress and harm another person based on a difference of opinion.

Freedom of Thought and Religion

In succeeding communities, the freedom of thought and religion can be observed on a large scale. It is evident from history that disparity in religion has caused many wars and destruction. In states with religious diversity, governments have to put in much effort to avoid religious conflicts.

The communities that accept every religion and respect different religious ideologies are the most peaceful. There is no better example than in the Netherlands. Despite having a 5.6 Religious Diversity Index (RDI), it is still the sixth most prosperous and twenty-first most peaceful country in the world.

Education is a fundamental need for society. As they say, “education is the key to success”. The developed countries focus more on the quality of education. Many of them provide free education like Germany, Sweden, Finland, Norway, Austria, etc.

Moreover; countries like Norway, Switzerland, Denmark, and the Netherlands have 99% literacy rates. That is what makes these countries successful. Quality education leads to the development of science and technology.

All progressive societies tend to bend towards science and technology. They spend their large portion of the budget on research in this particular field.

Not surprisingly, the same countries are once again at the top of the list of most technologically advanced countries in the world 2020. Norway, Sweden, Netherlands, and Denmark are the top four on this list.

The more a country is technologically advanced, the more it will work for the betterment of its people. Inventions and discoveries are the main goals of such countries. This is the main reason that South Asian countries are less developed. They spend very less part of their budget on education and research.

In this world of science and technology, let us not forget that arts and literature are also important for a community. It is the art produced by the artists that make this world colorful. As it is said,

“Literature is the colorful expression of life”

This is how the most developed nations use education as a key to success.

Rationality is another important virtue of flourishing communities. It is negating the superstitions and following logic and reason. After the second world war, there has been a large increase in rationality around the globe. Rationality arises from the development of science and technology, and arts and literature.

Nowadays, people are giving up on their traditional values and focusing more on rational values. Moreover, they consider rationality important to compete with the modern world and strive for development.

According to the cultural map of 2015 by the World Values Survey (WVS), Sweden is the most rational country. While some of the most successful countries like Norway, Switzerland, Finland, and Denmark can also be seen near Sweden.

It is a well-known proverb that,

It is a universal and moral truth. Those who are honest are happiest and peaceful. When most of a community is honest, the whole community will flourish. Such communities never fail. Similarly, their leaders are honest and morally strong.

The people of such nations are loyal to their work. They work for the betterment of humanity and show loyalty to the state by providing their full effort. However, such communities strive for success and they are the leaders in the world in every field.

Let us take a look at the Corruption Perception Index, New Zealand tops the list by scoring eighty-seven out of a hundred points in 2019. Whereas, South Asian countries can be seen in the bottom part of the list.

From the above example, we can derive that honesty is the virtue of the successful ones.

We have discussed the virtues of prospering communities in detail. These virtues are not followed by countries like India, Pakistan, Afghanistan, etc and that is why they are lagging.

There is a constant lack of tolerance among the people of these countries. And this is causing instability in them. There are no proper set of rules that can create a sense of understanding between people. There is a lack of sensibility from both governments and the people’s part.

The right to personal freedom is often violated in such countries. Masses have conflicts regularly. These conflicts are often due to the disparities in opinions and beliefs. However, their governments are also not interested in solving these issues.

These countries, especially India and Pakistan, spend a huge amount of money on war weapons and defense. While they ignore the education and research sectors. The budgets for these sectors are lower as compared to the total budgets of both countries. Similarly, there is no space for the arts and literature in these countries. This particular area of study is fading in south Asia.

These nations have always been traditional and do not support rationality. The honesty and transparency scores of these countries are too low, as mentioned earlier. These countries have also been involved in many corruption scandals.

To conclude, we have seen that the most successful communities are the ones that are the most tolerant, free, educated, rational, and honest. Therefore, these are the virtues they follow, and this is their code of life. 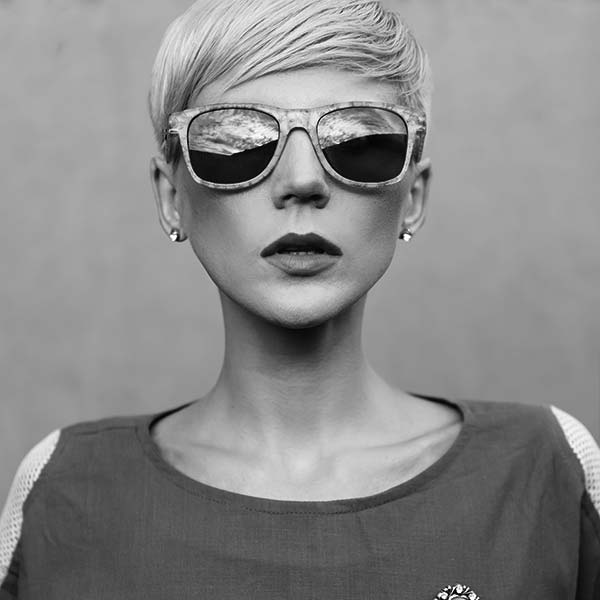